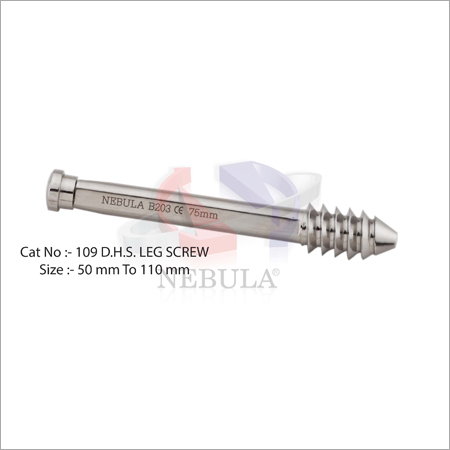 We have carved ourselves an enviable position as one of the top producers and suppliers of Lag Screws thanks to our wealth of experience and cutting-edge market knowledge. To instal these screws, use hard metal surfaces. We utilise the highest quality stainless steel, bought from reputable suppliers, to make these screws. A cover is placed to the top of the screw to make using a screwdriver simple. According to our clients' needs, we offer these lag screws in a variety of sizes and specifications.

What is the purpose of a lag screw?

Lag screws, which are also sometimes referred to as lag bolts, are among the strongest fasteners. The majority of the time, heavy lumber or other materials that are bearing a significant weight are connected together using these incredibly strong fasteners. These screws are distinct from common sheet metal, self-drilling, and wood screws.

What is the difference between a lag bolt and a lag screw?

What distinguishes a lag bolt from a lag screw? There is no distinction between the terms in usage. They both relate to the same fastener and are used interchangeably. In a technical sense, screws, not bolts, should be used to describe lags.

What is the difference between lag screw and wood screw?

A lag screw is designed to support large weights. Because the nut acts as a counterweight to the hold, it is a stable and safe way to hold huge or support beams. Because a wood screw simply uses its own thread to hold things together, it can support less weight.

What are the strongest screws?

The strongest member of the wood screw family is a lag screw. It is a strong and long-lasting fastener that is frequently made with a square head or an externally driven hex drive. Generally stronger and significantly heavier than standard wood screws, lag screws have a tapered tip and coarse threads.